It's been very cold the past few days. The result at Taughannock is nothing less than spectacular! I went for a run on the rim trail today after confirming with the park office that the base trail was closed. They said they were having issues with ice, and as I approached Route 89 I saw what they meant. The waterfall normally visible from the Route 89 bridge is barely discernible amidst the mound of snow and ice that's built up from the creek bottom. 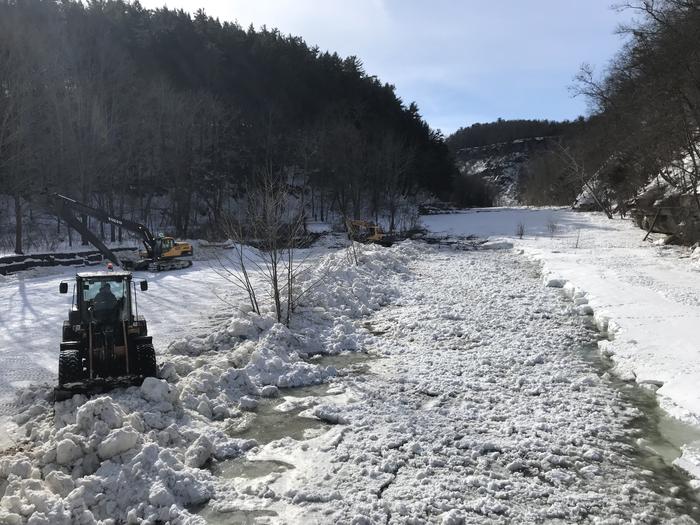 I spoke with one of the NYSDOT workers. They were preparing for potential flooding by excavating a channel for water to flow under the southernmost arch of the Route 89 bridge. He said that ice damming has prevented this in the past, sending water up onto the lawn area, over the parking lot and across Route 89. They're using the excavators to take down trees, punch holes in the existing ice, and provide a channel for water to flow under (instead of over) the road. 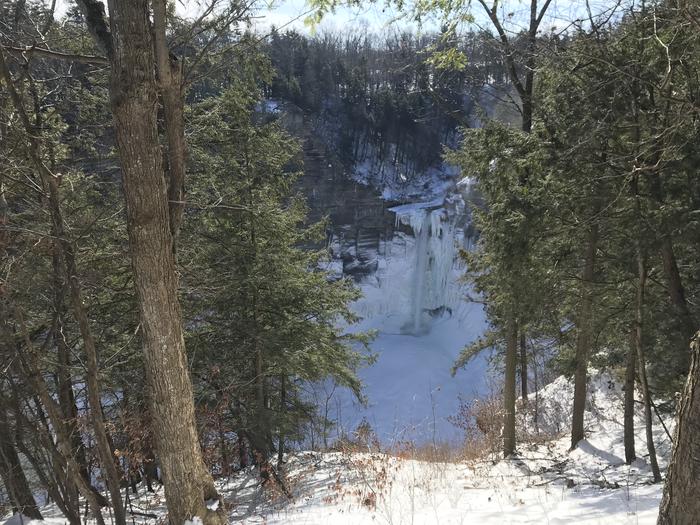 Temperatures moderate tomorrow, and Sunday through Tuesday we'll see highs in the mid-40s. We'll see how much melting happens before temperatures become more seasonal later in the week. In the meantime, enjoy these sights and sounds from my hike/run around Taughannock today! 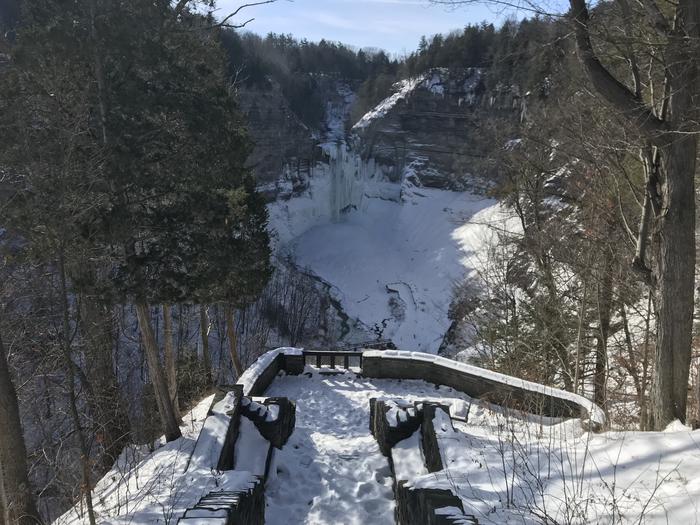 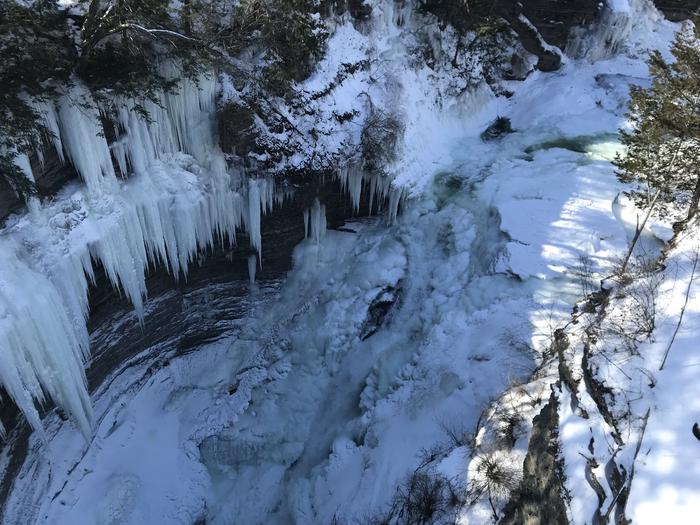 Other Posts from winter

There are 11 other posts like this one. Here are some other recent ones:

Sights and Sounds of Taughannock in Transition