Wispy Taughannock Falls, and a Rockfall!

As I descended the north rim trail on today's run, I set out to run in on the base trail and capture just how little water was falling over Taughannock. Compare that to this deluge from last autumn! As I crossed the bridge at the end of the base trail, I was fortunate enough to catch the tail end of a large rockfall on the south side of the gorge. As the rocks fell, they kicked up a cloud of dust that drove people at the far end of the trail back across the bridge.

Just after the rockfall

I ran through the dissipating cloud of dust to catch more pictures, including this one that shows the wall from which the rocks fell. There's plenty more to fall! This is one of the key reasons the park doesn't want people going off trail. These rocks can fall without warning, and when they do, it's impressive and catastrophic to anything below. 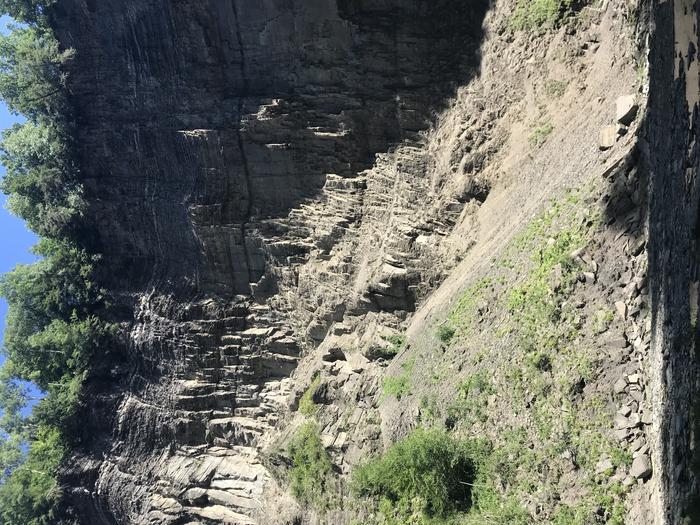 Looking up the gorge wall

Other Posts from summer

There are 15 other posts like this one. Here are some other recent ones:

The Most Beautiful 2-Minute Video of Taughannock Falls State Park

Taughannock is Rockin’ And Rollin’