Taughannock Through a Slow(er) Runner’s Eyes

Today I set out for a run at Taughannock to recover from some fast road work that has left my legs feeling rather tired. I parked at the Jacksonville Road lot, slipped into my trail shoes, and smiled upward at the lightening sky. The morning clouds were burning off nicely, and though we’re experiencing our classic New York State humidity, the temperature was just about right for a light, no-expectations run in the park. A “fartlek”, as they’d say in running circles.

Fartlek, which means "speed play" in Swedish, is a training method that blends continuous training with interval training. Fartlek runs are a very simple form of a long distance run. Fartlek training “is simply defined as periods of fast running intermixed with periods of slower running."

This wasn’t a long run by any stretch, but the three miles around the rim trail would stretch out my legs quite nicely. As an added bonus, there were no time goals in my mind. I only had a punchlist of things to find for a #RunChatHunt contest on twitter. I needed to photograph some trash I picked up (the park is rather clean, so I thought this’d be a tough one), snap a picture of me running on a non-paved trail (easy!) and get a shot of a trail marker.

I overheard a small group of hikers with dogs at the top of the trail talking about how some of them had never been to Taughannock, and how some had never hiked it from the top. It’s easy to forget about how fantastic the park is when you live here and experience it as often as I do. I love seeing all of the out-of-state license plates in the parking lot. I used today’s run as a way to reconnect with the trail, in a sense.

I ran the short connector trail to Black Diamond where I scored my trashy photos. First up was a large piece of paper that likely once embraced a sandwich. Then, a candy wrapper. I turned around on a short singletrack that led across the bridge to the north rim trail, quickly running into my friend Christina who was out for a run of her own. I told her about fartlek (man, that’s fun to say) and said I’d see her on the other side.

I slowed down when I felt like it. I looked around. I smiled and greeted people as I we passed each other. I had someone take a picture of me at the overlook. It was delightful. I didn’t feel a ton of pressure to start running as soon as I’d finished one of the few staircases on the south rim. I stopped to capture pictures of the gorge from a few of the open vantage points on both sides of the rim. 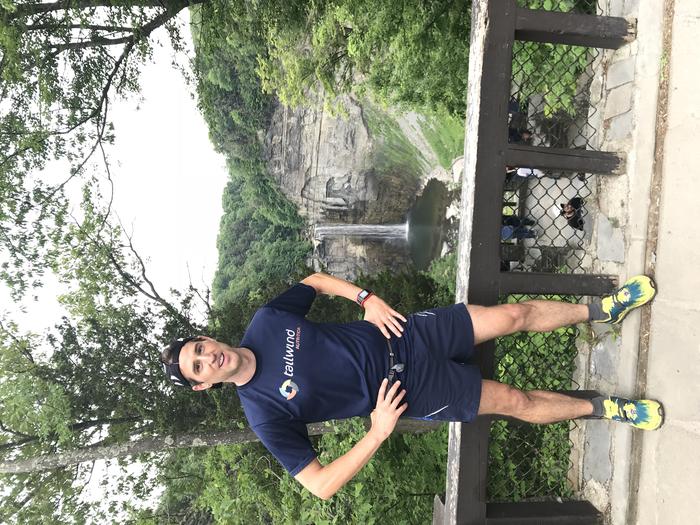 Smiling at the overlook

I was back at the parking lot sooner than I’d have liked, but I had a day of other things ahead of me. It was time to go home, but not before smiling again at the people driving into the parking lot. After all, it was quite likely that a few were about to experience their first time at Taughannock. And that’s a good thing. 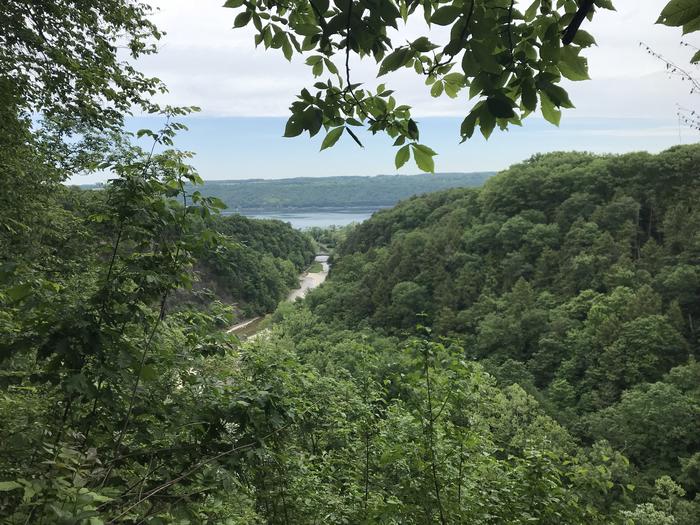 View of Cayuga Lake from the North Rim trail

Other Posts from summer

There are 17 other posts like this one. Here are some other recent ones:

The Most Beautiful 2-Minute Video of Taughannock Falls State Park

Taughannock is Rockin’ And Rollin’